It’s raining again. You’re trying to get chores done, but your mom is bored. She can’t go work in her gardens or take a walk. She tries to help you, but it’s slowing you down. You know she’s a fan of musicals. What are some of the best musicals to stream to ease rainy day boredom?

Check PBS for the weekly Broadway at Home option. Each week, PBS streams a musical to anyone interested. She Loves Me features Zachary Levi and Laura Benanti as two perfume clerks who do not get along. At home, they’re able to escape the day’s annoyances but writing to their respective pen pals. What they don’t know is that they’re writing to each other.

Fiddler on the Roof

With Netflix, your mom can watch the three-hour-long Fiddler on the Roof. The musical from 1971 shares the ups and downs a Jewish milkman, his wife, and his five daughters face in Russia. The Russian tsar wants the Jews cast from the area, as the family struggles with old ideals and the daughters’ more modern views.

If you have Disney+, Hamilton is available now. This award-winning Broadway musical stars the original cast including Lin-Manuel Miranda. It’s ballads, hip-hop, and rap tell the store of Alexander Hamilton and his role in shaping the country.

The Shrek movies were popular. If your mom wants to see a current musical, Netflix has Shrek: The Musical available. The musical follows the movie’s plot, but it’s packed with songs about Shrek, Princess Fiona, and Donkey’s adventures.

Catch this take of Romeo and Juliet on Hulu. Leonard Bernstein’s music is going to be recognizable to your mom. In the movie, rival gangs (Sharks and Jets) battle for control of a neighborhood in New York City’s Upper West Side. A problem develops when Maria, sister of the Shark’s gang leader, falls for a former member of the Jets. There’s a culture clash that stands to have dangerous consequences.

Head to YouTube and look up The Shows Must Go On. Each week, Andrew Lloyd Webber releases another full Broadway musical for free streaming. Shows like Cats, Phantom of the Opera, and Jesus Christ Superstar are among the offerings.

Why not hire home care services to help out? Your mom could have a caregiver doing the cleaning and laundry. She could have caregivers stopping by to cook her meals and take her shopping. Home care is arranged to match your mom’s preferred schedule.

With others helping with the daily or weekly chore list, you’re free to spend quality time watching musicals, too. Learn more by calling a specialist and talking about the services available in her area.

If you or an aging loved-one are considering Home Care in Medford, OR, please contact the caring staff at Southern Oregon In-Home Care today! Proudly Serving Seniors in Josephine & Jackson Counties, Oregon. Call us today! (541) 236-4247 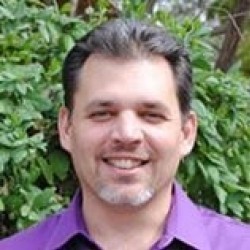